63 Terrace Street in Montpelier is the kind of house that people dream of getting. Three bedrooms, 1.5 bathrooms, an attached garage, and hardwood floors. But that's just the start of what makes it great. 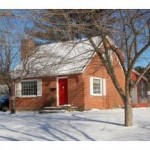 Two bedrooms are upstairs, and one downstairs, along with the full bathroom. That means that whoever lives at 63 Terrace Street in Montpelier has the option of having one-floor living. You don't have to live all on the first floor, but you can.

Or you could in a few years.

Or your guests/relatives/friends who are staying for a visit could.  You have that flexibility.

There's also the recently finished basement, with nice detail work, including a gas-fireplace insert for heat and ambiance.  The basement space works as a tv room, a teen hangout, an office, and more.

The living room features a solid brick hearth surrounding a wood fireplace. The combination of appealing Craftsman building style, the fireplace, and the efficiency of a new System 2000 boiler make this an easy house to heat, and an easy house to maintain.

All this, and walking distance to downtown Montpelier. Anyone thinking of buying a house in Montpelier could find inner peace with this.

Curious as to what Montpelier Realtors does during the day?

It's impossible to spell out a "typical" day.

On a recent sunny (but freezing cold) day, I spent the afternoon driving around Barre, Northfield, Roxbury, and Montpelier taking updated photos of listings.  Bright blue sky and bright white snow made for great pictures.

And yes, that was me traipsing through a 10 acre piece of land for sale in Northfield, wearing a tie and snowboots, taking pictures.

Another day last week, I met with buyers in a vacant house. No power, no heat.  But they knew exactly 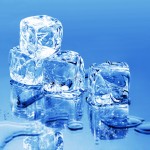 what they wanted, and were ready to write up an offer.  So there we were, in the waning hours of daylight, in a freezing cold house for sale in Barre Town, filling out paperwork.

But I've been in their shoes before, and I recognized their excitement. They didn't want to wait a day to put in an offer. And while my handwriting was a little sloppier than usual due to the cold, we got everything together and submitted a good, solid offer.

Lastly, Friday afternoon was a fairly slow day in the office, and I was trying to catch up on paperwork, and put some finishing touches on a couple of negotiations. A client came in with a bottle of champagne (presumably for my wife and me) and a bottle of 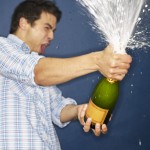 sparkling apple juice (presumably for our daughters). We caught up and reconnected--and did NOT pop the champagne!

It was a powerful reminder of one of the great parts of being a Realtor in Central Vermont. 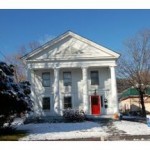 It's also a rock solid investment. Four units, including one of the nicest owner-occupied units around. This main unit, with three bedrooms, has hardwood floors, an upgraded kitchen, and sumptuously preserved historic detail, including a marble hearth and woodwork.

The second floor two-bedroom unit has bright hardwood floors, and gets lots of natural light. It's a classy unit, and, like the main unit, gets above market rents (as it should).

The remaining two units (one bedroom and two bedroom) allow more opportunity for the next owner to put a personal touch. Don't get me wrong, they're in perfectly good condition, they just aren't at the level of the first two units. I haven't seen very many apartments in Montpelier that are.

242 Elm Street in Montpelier has one of the keys to investment property in Montpelier--parking. There's a five bay garage that's in great condition, plus a sizeable parking area that allows for snow removal. Housing with off-street parking? What a concept!

The list of improvements and updates is extensive. Standing seam metal roof and architectural asphalt shingle roof. Updated electric (no knob and tube wiring in this one). Hardwired smoke and carbon monoxide detectors. But one of the best features of the building is something that was done at construction--it's made of solid wood.

That's right, it's built like a boat. Wood stacked on top of wood, not framed in. Want to know how such a grand property stays so straight? Solid construction. You've got to see it to really appreciate it.

Great rental history, great rents (call or email for details), and great tenants. All four units are currently rented, showing it works as a Montpelier investment property, but imagine the opportunity for growing net worth if you were to move in and make it owner-occupied...

Good question. There are a couple ways to think about this. 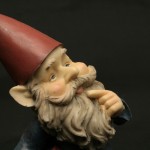 Financial: Compare what you're paying in rent with what you'd have as a mortgage payment. But that's just one part of it. You also get to factor in the taxes, insurance, utilities, and maintenance. Honestly, it's going to look like it'll cost more than renting an apartment.

But...that's not really the true comparison. If you're coming from an apartment in Barre and, say, buying a house in Barre, you're comparing apples and oranges.

Plus, once you buy your house, you'll likely be able to start itemizing deductions on your income taxes. Oh yeah, I'm talking about deducting your interest and property taxes. I'm talking about lowering your tax bill (but talk to your tax professional to be sure).

Prices and interest rates are low right now, and, as the principal is paid down on your mortgage, eventually you'll own the house free and clear. That's huge.

Emotional: Don't discount emotions. If you're thinking of buying a house in Montpelier, think of what it'll mean for you to know that you can stay there as long as you want. To know that you can do whatever you want to the rooms, the walls, the floors, the yard, and the kitchen. Don't like the way that one of the rooms feels? No problem--it's your house, you can fix it. 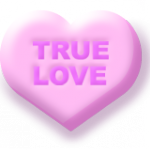 Think of what it'll mean to not have to deal with a landlord, to be the boss. Sure, it's more responsibility, but you're the one who gets to choose how things get done.